Gravitational collapse is not as it was thought 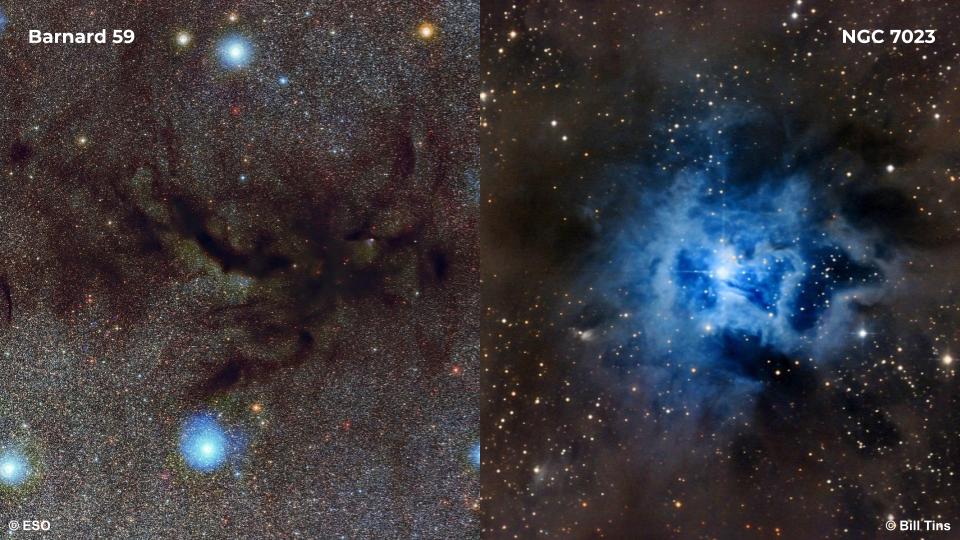 A team of astronomers studied the densest regions of the molecular gas clouds in our galaxy, known as cores, and found that the way these cores start collapsing to form new stars is different from what was previously thought.

“In the traditional model, the central regions of the cores are the first to collapse under their own weight and the outer regions fall afterwards, in what is known as ‘inside-out collapse’, said Dr. Gilberto Gómez at the Instituto de Radioastronomía y Astrofísica at UNAM, Campus Morelia (IRyA), part of the research team. “In our model, the outer parts start collapsing and gravity compresses the inner part, as does the inertia of the falling gas, in an ‘outside-in collapse’”.

Stars in our galaxy form from the coldest gas clouds, where hydrogen exists in molecular state. In the densest regions of these clouds, the cores, new stars are born when the gas density is sufficiently high, and they collapse.

The classical model of this fall dates back to 1977 and is based on the hypothesis that the molecular clouds are approximately in equilibrium, and the cores evolve very slowly in the initial stage of collapse. So, the collapse only speeds up when a star forms within the core, so it is limited to its surroundings.

“In our model, the collapse starts even when the core is barely noticeable, while in the traditional model the collapse starts until the star is just about to be formed”, said Dr. Enrique Vázquez, researcher at IRyA and part of the team. “This explains some observations that suggest collapse motions at distances much greater than the size of the core”.

Moreover, the traditional model predicts that, in the core surroundings, the gas density must decrease rapidly as the distance from the center increases. “Instead, our model predicts that, in the beginning, the density must decrease slowly with distance, and only later must drop abruptly. In other words, the core evolves from having a more “flattened” structure to a more concentrated one”, said Dra. Aina Palau at IRyA, who completes the research team.

“To contrast both models, we compared observations of the gas density in the surroundings of many collapsing cores and found that most have a lower density profile than the traditional model, showing they have gone through a stage in which they had a shallower profile”, continued Dr. Palau.

“This result is very relevant because it may change how we think about star formation, by eliminating the assumption of slow evolution and adding the ingredient of the material that continually showers the cores where stars form”, commented Dr. Vázquez. “As the infalling gas compresses the collapsing region even more, some cores that seemed to not have enough material to form stars can actually form them. Also, the forming star can receive more material from the surrounding cloud, so the mass of the core does not limit the mass of the star or group of stars that is formed.

“Nowadays the debate within the scientific community about the dynamical state of molecular clouds is very vigorous and extremely active, and this work adds up to the theoretical base in favor of an out-of-equilibrium state of the clouds, which is crucial to our understanding of the Universe and how our own Sun was born”, concluded Dr. Gómez.

This research article was published on 11 February 2021 in Monthly Notices of the Royal Astronomical Society. All authors are part of the “Physics of the InterStellar Medium” group at IRyA.

Barnard 59, part of the Pipe Nebula, is a dark core in an early stage that is forming only a few low-mass stars. NGC 7023, the Iris Nebula, is a more evolved core of intermediate mass where a cluster of stars has already formed inside. Credits Barnard 59: ESO (CC BY 4.0). Credits NGC 7023: Bill Tins (CC BY-SA 4.0).

The PhyISM (Physics of the InterStellar Medium) group at IRyA focuses on understanding the star formation process from both the theoretical and observational points of view. They use state-of-the-art numerical simulations combined with analytical models to study the role of different physical mechanisms (self-gravity, magnetic fields, feedback, etc) to explain how stars form in molecular clouds, and confront their results with multiwavelength observations.

The Instituto de Radioastronomía y Astrofísica (IRyA), or Institute for Radioastronomy and Astrophysics is an academic unit at UNAM, Campus Morelia, Mexico. We perform high-level and high-impact research in the areas of interstellar medium, star formation, evolved stars, high energy astrophysics, Galactic dynamics and structure, extragalactic astronomy and cosmology. We contribute to the education of high-level human resources through a postgraduate program, and we have close contact with society through diverse outreach programs.

If you are interested in our Institute, visit the English version of our webpage, www.irya.unam.mx/web/en