An international team of astronomers studied the gas jet expelled from the center of a giant galaxy and found a magnetic field in the form of a corkscrew that funnels and shapes the jet material to a distance of nearly 3,300 light-years. This is the furthest distance from the jet origin that a magnetic field has yet been detected.

“For the first time we were able to reveal the 3-dimensional structure of the magnetic field that shapes the jet in Messier 87 (M 87)”, said Dr. Alice Pasetto, from the Institute of Radio Astronomy and Astrophysics (IRyA) at UNAM, Mexico, who led this study. “The material in this jet traces a double helix, similar to the structure of DNA”, she added.

M 87 is a giant elliptical galaxy about 55 million light-years away from our Solar System. It hosts a supermassive black hole of approximately 6.5 million solar masses at its center. The image of this black hole was the first obtained of such an object, published by the Event Horizon Telescope (EHT) collaboration in 2019.

Dr. Pasetto and her team measured the intensity and polarization (i.e., alignment) of the magnetic field in different parts of the jet in M 87. “To do this, we observed the jet in a wide range of radio frequencies using the Karl G. Jansky Very Large Array (VLA) in New Mexico, USA. The resolution (i.e., the level of detail) of our observations allowed us to distinguish the width of the structures in the material in the jet”, said Dr. Pasetto.

However, “we did not expect to find such order in this helical field extending so far outward”, added Dr. Carrasco-González. The researchers suggest that instabilities in the flux of material within the jet could make the magnetic field more ordered at the distance observed in this study. These instabilities also produce high-pressure regions in the jet material, which also compress the magnetic field lines.

The astronomers think that the interaction between these instabilities in the flux of material and the magnetic field produces the observed double-helix structure. Also, if this is happening in the jet of M 87, it is likely that it is happening in similar jets in other galaxies in the universe.

“M 87 is relatively near to us and its jet is very powerful, making it an excellent target for study. The clues it gives us can help us understand this very important and ubiquitous phenomenon in the Universe,” concluded Dr. José Luis Gómez, of the Instituto de Astrofísica de Andalucía (IAA-CSIC), in Granada, Spain, a collaborator in this work. 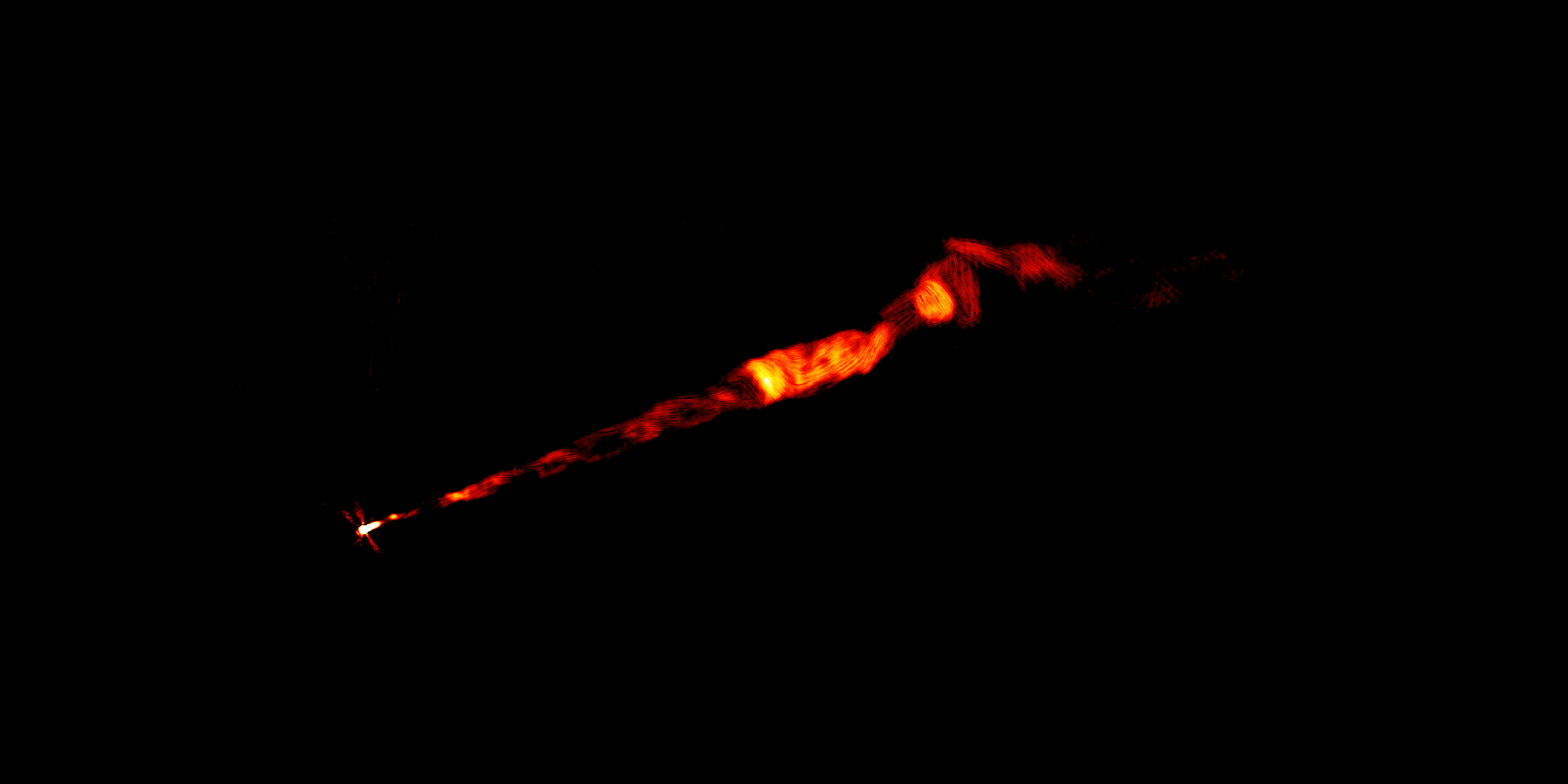 This image shows the jet in M 87 observed in a wide range of radio frequencies. Lighter colors show higher intensity of radio emission. The jet is about 8,000 light-years long, and has its origin in the bright spot in the left, the center of this galaxy, where the supermassive black hole resides. The image shows the double-helix shape, like a corkscrew, in the internal regions of the jet, close to the bright spot. Credit: A. Pasetto et al., S. Dagnello, NRAO/AUI/NSF. 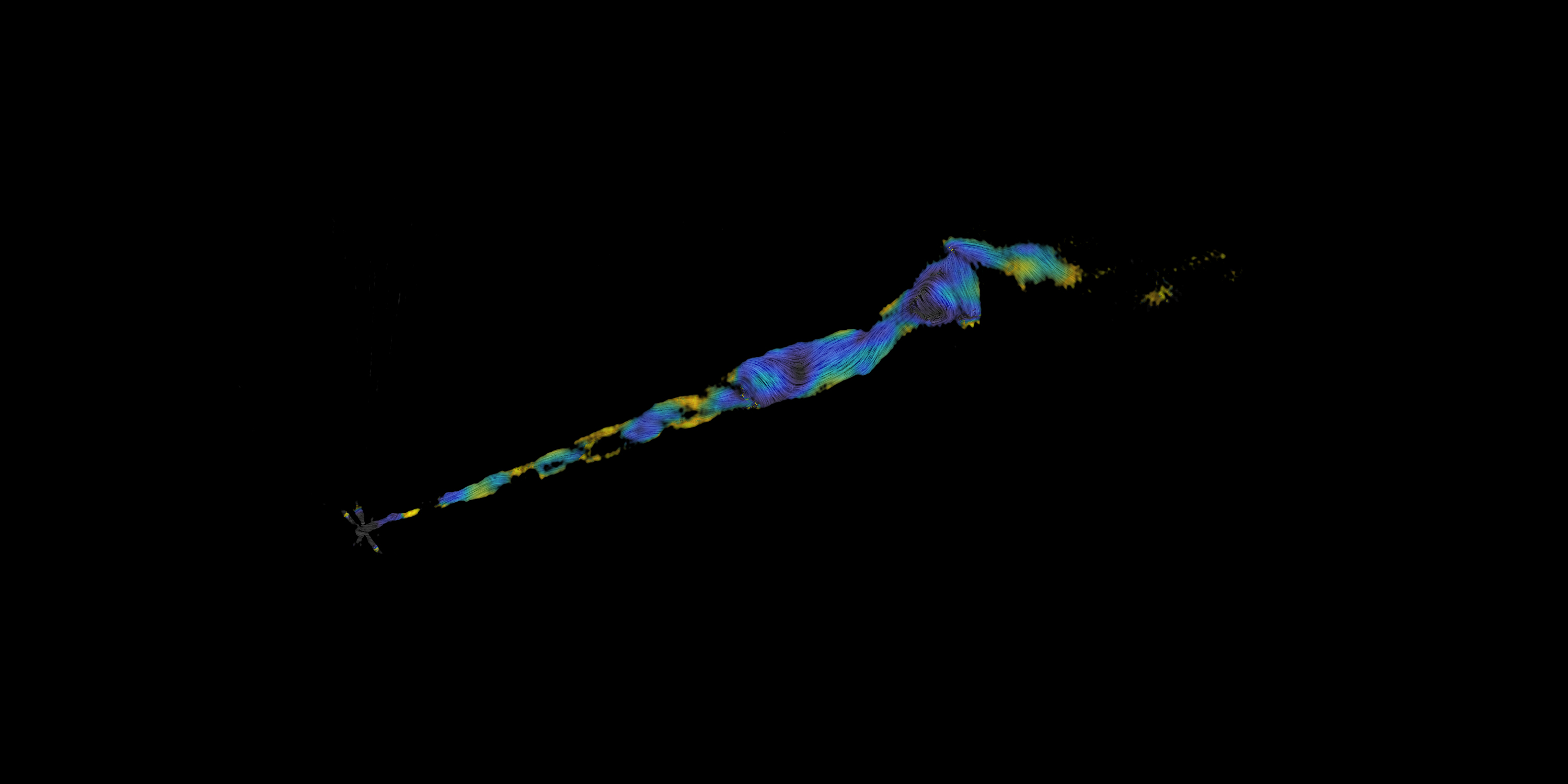 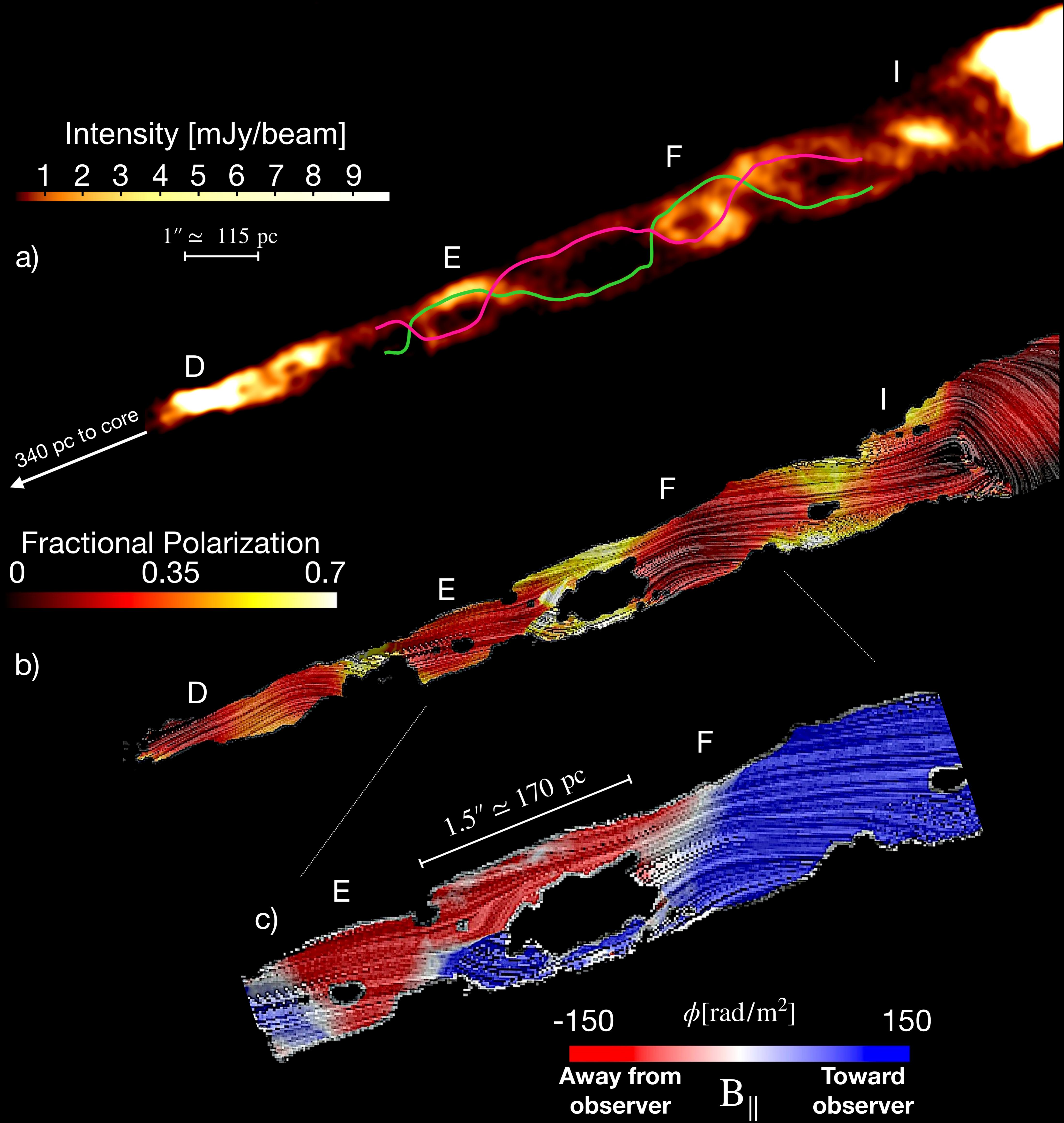 She studies polarization at radio frequencies in astrophysical objects. In particular, she researches the polarization associated with outflows that come from the central regions of active galactic nuclei (AGN).

Dr. Pasetto is a member of the Computing Commission of the IRyA.

This research article was published on December 7th, 2021 in The Astrophysical Journal Letters. In addition to Dr. Alice Pasetto, it was also co-authored by Dr. Carlos Carrasco-González and M. C. Daniel Jacobo Díaz-González from IRyA.

The Instituto de Radioastronomía y Astrofísica (IRyA), or Institute for Radioastronomy and Astrophysics is an academic unit at UNAM, Campus Morelia, Mexico. We perform high-level and high-impact research in the areas of interstellar medium, star formation, evolved stars, high energy astrophysics, Galactic dynamics and structure, extragalactic astronomy and cosmology. We contribute to the education of high-level human resources through a postgraduate program, and we have close contact with society through diverse outreach programs.
If you are interested in our Institute, visit the English version of our webpage, www.irya.unam.mx/web/en