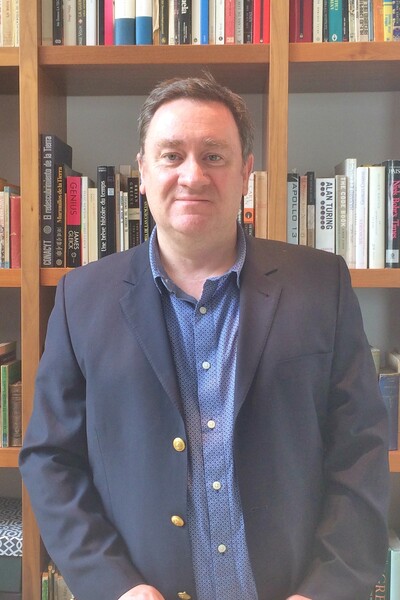 
Dr. Laurent Loinard obtained his bachelor’s degree in physics at the University Joseph Fourier in Grenoble, France and received his PhD from the same institution working as a predoctoral fellow at the Harvard-Smithsonian Center for Astrophysics and the Space Telescope Science Institute (STScI). He has been a researcher at the National Autonomous University of Mexico since 2000.

Dr. Loinard is known for his use of radiointerferometry techniques to measure ultra-precise distances to young stars in star-forming regions. He also carries out research on the formation and early stages of stars, the chemistry of the interstellar medium and the environment of supermassive black holes. He is a member of the Event Horizon Telescope Consortium, which published the first images of the black hole at the centre of the giant elliptical galaxy M87.

He was awarded the Reconocimiento Distinción Universitaria Nacional para Jóvenes Académicos by the UNAM, a Guggenheim fellowship, and a Friedrich Wilhelm Bessel Research Award from the Alexander von Humboldt Foundation. Recently, as a member of the EHT Consortium he shared the Bruno Rossi prize from the North American Astronomical Society, the Albert Einstein medal, and the Breakthrough Prize 2020.